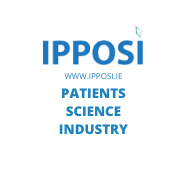 IPPOSI has launched a nationwide campaign to identify 25 members of the public, broadly representative of the Irish population, willing to step up as members of a Citizens’ Jury to deliberate on the matter of access to health information.

Following careful deliberation by the jury, the aim is to arrive at a consensus on the issues raised, with recommendations delivered to Government in the context of new health information legislation as well as the creation of a national Electronic Health Record.

“With this Citizens’ Jury, we want to assemble a group of people reflective of the Irish population, who would hear a wide range of perspectives from experts and who would then have the opportunity to ‘cross-examine’ them. “We want to know the jury’s views on whether a balance can be struck between individual information needs and using that information more broadly when in the public interest. If so, how do we ensure transparency and trust in the system to safeguard its use?”
Dr. Derick Mitchell, CEO of IPPOSI, the Citizens’ Jury is an opportunity to “cross-examine” the experts:

For Dr Jane Suiter, Associate Professor at Dublin City University, and member of the Citizens’ Jury oversight board, jury members will perform an important public service:
“We have already seen with the Citizens’ Assembly put in place by Government how useful and worthwhile such gatherings can be in teasing through sometimes complex issues and reflecting the view of the wider public.

The Citizens’ Jury will sit virtually during the month of April for a series of two-hour sessions and, in recognition of their commitment, members will receive a €400 gratuity for their participation.
To be a member of the Citizens’ Jury, applicants must be aged 18 years and above, and resident in Ireland. The successful applicants will be selected based on criteria that reflects a broadly representative cross-section of the Irish population.

For full information and to make application, visit www.ipposi.ie/citizensjury before the closing date of Sunday January 31, 2021.